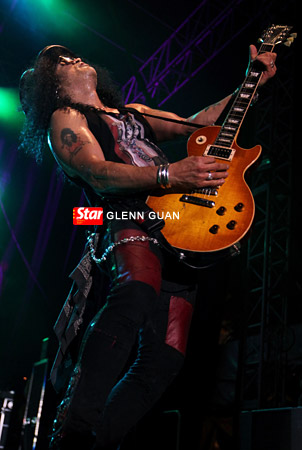 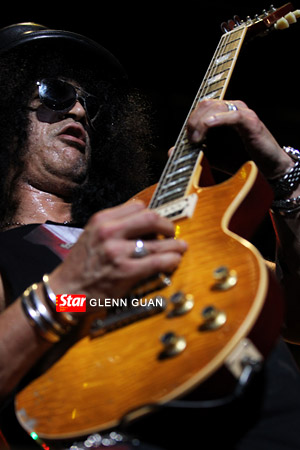 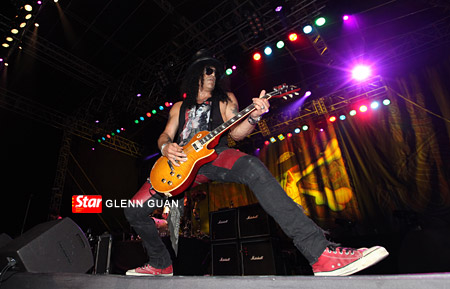 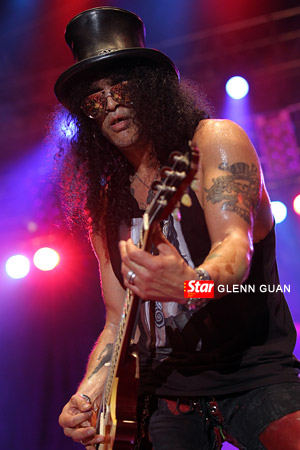 Legendary rock guitarist Slash performing for the first time in Malaysia before a packed audience at the Surf Beach at Sunway Lagoon, August 8, 2010.  Slash and his band burst onto the stage with Ghost, the first song off his new solo album, which instantly got the 7,000-strong audience raising their hands and singing along. The 44-yearold guitarist and his band also played classic Guns N’ Roses songs like Sweet Child O’ Mine, Night Train and Civil War. GLENN GUAN/The Star