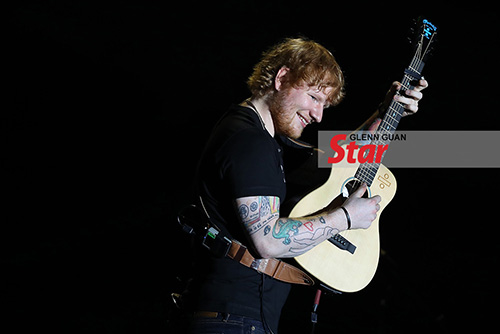 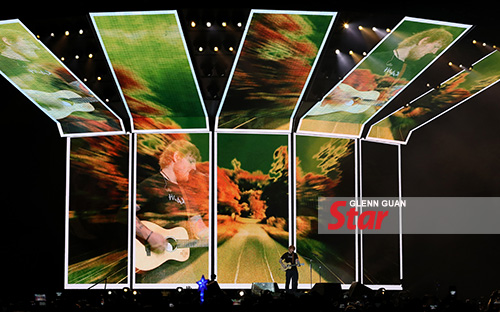 In fine shape: Despite not having fully healed from a cycling accident, British singer Ed Sheeran turned out a commanding performance at the Axiata Arena in Kuala Lumpur, November 14, 2017. Most of the concert featured just Sheeran and his guitar, playing hits such as The A-Team, Thinking Out Loud and his global smash hit, Shape Of You. The Malaysian concert was part of Sheeran’s Divide World Tour. GLENN GUAN/The Star